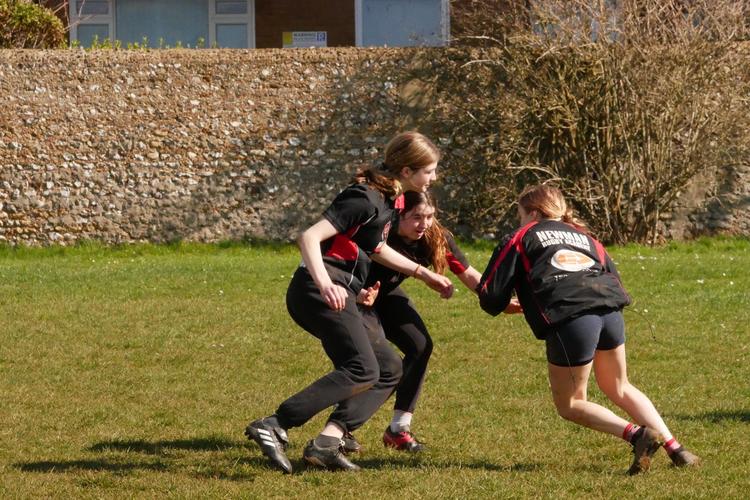 As part of their ongoing commitment to developing a women’s rugby pathway, Ealing Trailfinders and Newman College are excited to extend their partnership to include girls rugby alongside their existing partnership for boys rugby.

Ealing Trailfinders, who recently announced that former England internationals Kat Merchant and Kim Oliver would be heading up their women’s academies, have outlined their commitment to developing a world-class hub for female rugby players.

Newman College ranked 145th out of 4470 colleges & sixth forms across the country for academic progress made and currently runs a successful boys academy which partnered with Ealing in the summer of 2019. The College offers a range of A-level and BTEC options.

The girls rugby programme offers players around 12 hours of contact time each week, with delivery split over rugby sessions, strength & conditioning and game analysis in addition to fixtures. The majority of the programme is timetabled so that it doesn’t interfere with academic studies.

As part of the programme, Newman will also be running a 7s programme in the first half of the Easter term, open to girls in Y10 and 11. This programme, designed as an introduction to the academy structures, will feature rugby sessions delivered by Natasha Brennan and Tom Bowen, both of whom have played England 7s, as well as introduction to strength & conditioning, speed development and seminars on managing athletic performance (including nutrition, training, rest etc).

Wes Horscroft, Director of Sports Academies at Newman College, said of the partnership “We’re delighted to expand our partnership with Ealing Trailfinders to encompass the girls academy as well as the boys. Our philosophy is to provide rugby opportunities for as many individuals as possible and this partnership will help us to deliver even more for our female athletes. Newman prides itself on offering high quality rugby coaching, but also a high quality academic experience - we feel that balance makes for well-rounded athletes but additionally sets them up for success in whatever area they want to move into after college.”

Ealing Trailfinders Director of Rugby Ben Ward added: We are thrilled to announce this news and believe it will have a hugely positive impact. We want to provide a a pathway for future stars of the women’s game, and hope that this will help us succeed as the Trailfinders Rugby Academy continues to grow.”

Phil Ward, Head Coach of the Girls academy said “Everyone knows that women and girls rugby is growing across the country, but more exciting for me is the quality of opportunity that female athletes are now getting. The programme at Newman has been designed to equip our players with everything they need to succeed in the modern game and the partnership with Ealing Trailfinders will take that to the next level, allowing us to access their knowledge and expertise. Our players have already had the chance to join Q&A sessions with top international players - that exposure is only going to help them become better players.”

For more information on the College Academy Programme or to register your interest for the 7s programme, please email p.ward@cncs.co.uk