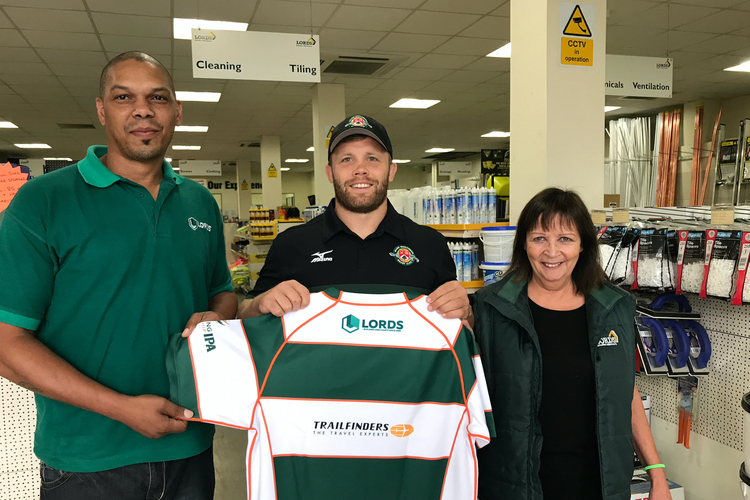 Ealing Trailfinders are delighted to announce the extension of the agreement with Lords Builders & Merchants for a third season.

Lords will be a visible part of the match day experience throughout the 2017/18 season at Vallis Way. Their logo will be displayed on the back of the home and away playing kits, as well as having a number of advertising boards around the pitch.

The merchants will also sponsor hooker Rhys Lawrence, who has been with the club since 2015 and has captained the team on a number of occasions.

As an independent supplier Lords has built its reputation on service, reliability and flexibility. Lords first opened its doors in 1985, and its major heavy side 3branch in Park Royal in 2001 with 2,500 square ft of displays and trade counter.

They also boast a fleet of 45 vehicles, including 38 HGV’s with crane lifts and seven vans to ensure a next-day service.

Director of Rugby Ben Ward says the extension with Lords is an exciting progression for the club.

“We are pleased to be working with Lords again. They have been great supporters of the club for the past year and I’m sure the relationship will continue to grow throughout the new season.

Tim Holton, Managing Director is thrilled to be working with Ealing for another year.

“It is an exciting time to be supporting Ealing Trailfinders as we have watched them improve over the last two seasons and with Lords considerably expanding its business over the same period we enjoy taking our customers along to watch the matches and enjoy the day.”