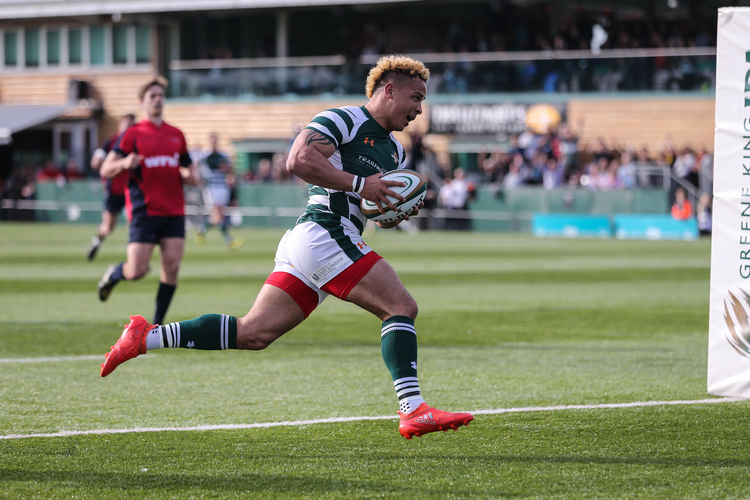 Ealing Trailfinders reached the semifinals of the British and Irish Cup for the first time after they ran in 12 tries against the Scarlets Premiership Select XV.

It was a dominant performance from Ben Ward’s side and after an early scare they took a firm grip on proceedings and held it to the final whistle. Their physicality and organisation in defence stopped the Welsh side from breaking through and then when they went on the attack they were ruthless in taking their chances.

Nonetheless Scarlets started the stronger and after Gareth Owen had powered his way through the home side’s defence, his partner in the centres Richard Smith dotted down in the corner for a try that Billy McBryde converted.

Clegg added his second penalty and then his soft hands set Aled Jenkins free to wiggle through the Scarlets defence to round fullback Aled Thomas and score. Then as halftime drew nearer Curtis Wilson outpaced Scarlets captain Morgan Allen to gather his kick-through and touch down.

After the break there was no let-up and James Cordy-Redden took little time to score in the corner before fullback Will Harries swooped on a loose ball to scoot round behind the posts.

As the game opened up Smid and Mark Bright began to relish running at the Scarlets defence and both were rewarded by ending the match on the scoresheet.

Scarlets continued to give their all and while Jack Maynard added energy off the bench they were still unable to find a way past Ealing Trailfinders’ defence.

In the last 10 minutes Joe Munro, Lewis Jones and Josh Davies finished off swift counter-attacks to cap an impressive performance and set up a semifinal away to either Munster A or Ulster A over the first weekend of April.