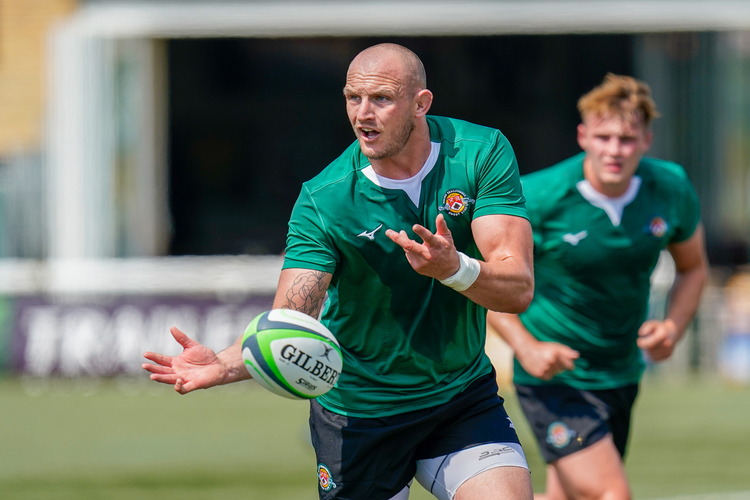 This week in The Rugby Paper it was Harry Casson's turn to pick the best XV that he has played with or against!

1, Shane Buckley - A proper work horse of a bloke. Back row by trade but mistaken for a loose head for the first 3 months of pre season by another player in the squad. Reckon he’d do a job.

2, Alun Walker - Don’t let his shape, chat or negative demeanour discourage you. Best arrows around and a box of tricks around the paddock, not just your typical Hooker.

3, Mark Tampin - Best inside clear you’ve ever seen. What he lacks in athleticism, skill set, pace or co ordination he makes up with his ability to push really well at scrum time.

4, Rayn Smid - Clinging on to the idea he’s a better back row, but he’s a quality operator in the boiler house . Refuses to wear studs in the hope he will get looked over for a spot on the row.

5, Kieran Murphy - Another back row convert. Hardest working bloke I’ve ever met. But at 35 years old and getting a bit long in the tooth, a switch into the row will add years onto his career.

6, Ben West - My housemate here at Ealing Trailfinders. Looking over my shoulder as I type this out. Smartest man in the room and a quality ball player on the paddock. In no way has he told me what to say about him...

7, Jordy Reid - Now playing for Gloucester. Toughest man on the pitch, nicest bloke off it. Rez is a class act all the way. Never to wear beige chinos to a social.

8, Mark Bright - Oldest man in the champ. Maybe oldest man to play professionally. 43 years old and he can step you in a phone box. Most impressive is his ability to lead the charge on a social.

9, Luke Carter - Uncompromising and loud. Covers every blade of grass during a game, amazing work rate and distribution.

10, Tommy Gollop - Ex cleve rfc , now a dings crusader. Looks like a front row, acts like a front row. Plays with the skills and mid set of a 10. Not something you see everyday. Just bought a new lid, so might look like a back soon..

11, Jonah Holmes - The only serious addition to this team, just because he’d win you games single handedly. Hands down the strangest man I’ve met during my career.

12, Jack Tovey - Unlucky with injury this season or has he played a blinder during a 9 month pre season? Tuvs is the cornerstone to our defence, but not so much our attacks. A suspect left hand pass but he can run through brick walls for you. Should really be a back row.

13, Jack Hayes - Never took a backward step. He had dad strength at 16 years old. I’d never met a bloke like it, typical Gloucester man. He tore up trees for Rotherham when they were in the champ. A great centre pairing with tuvs.

14, James Cordy Redden - Great under the high ball. He can really get up there for a contest in the air. He also probably owns my house, so worth a mention to keep him happy.

15, Pete Lydon - Pete has got the biggest left boot I’ve ever seen. It will get you out of trouble when your backs against the wall. Guinness connoisseur in France, but had some of the worst chat in the Champ.