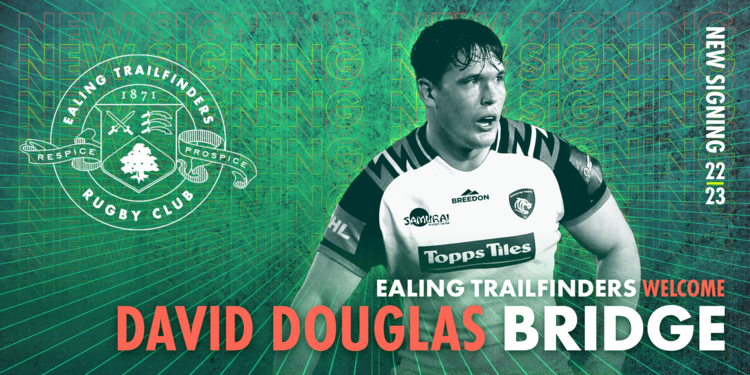 The 21-year-old joins Ealing following an impressive season playing for Loughborough in BUCS Super Rugby, before joining Leicester Tigers on a short-term deal. Confident across the back-row and second-row, the powerful forward made his Tigers debut against Newcastle in March, followed by a starting appearance in the Premiership Cup semi-final against London Irish. He also represented England Students in their fixtures against France this April.

Ahead of his move to Trailfinders Sports Club, David said: “Having watched Ealing win the Championship this season and having spoken to Ben Ward about the vision and aspirations of the club, I’m really excited about the future and can’t wait to get involved and pull on the Green and White shirt.”

Director of Rugby Ben Ward added: “David is a talented and hard-working young player. He has shown his huge potential and ability these past few months, playing for Loughborough and earning his opportunity with Leicester. We’re excited for his arrival, he’s a strong ball runner and tough defender, who adds further power to our pack.”