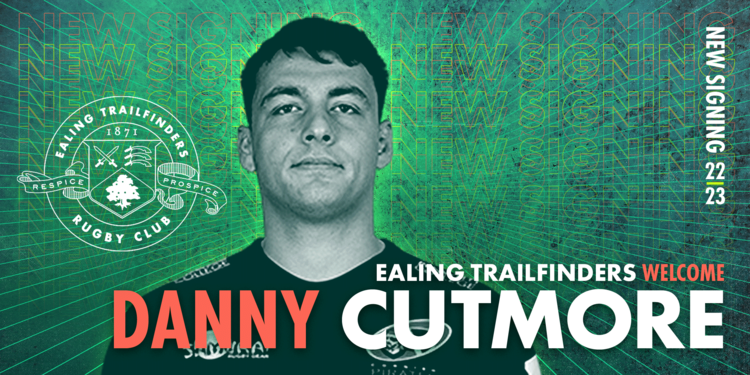 Ealing Trailfinders are excited to confirm the signing of powerful Cornish Pirates lock Danny Cutmore who joins the club ahead of the 2022/23 Championship season.

The 24-year-old, who grew up in nearby Watford, has spent the past four seasons at Cornish Pirates, making 78 first-team appearances, including being named the most improved player following the 2020/21 campaign. He has also represented England U17s, Saracens Academy and his boyhood club Old Albanian.

Throughout the 2021/22 season, the 6ft 7 lock amassed 24 appearances for Pirates, helping the club finish third in the league and semi-finalists in the Championship Cup.

Speaking ahead of his move to West London, Danny said: “I am naturally looking forward to moving closer to home and to also become a part of a very exciting project that is happening at Ealing Trailfinders. It feels the right time in my career to make a move, the club is ambitious and I can’t wait to join up with the rest of the team and to challenge myself in a new environment.”

Director of Rugby Ben Ward commented: “We are extremely pleased to secure Danny’s signature heading into the 2022/23 season. He’s an incredibly impressive player who will add plenty of height, firepower and agility to our pack. We have watched Danny develop quickly during his time at Pirates and we’re excited to watch him progress even further.”