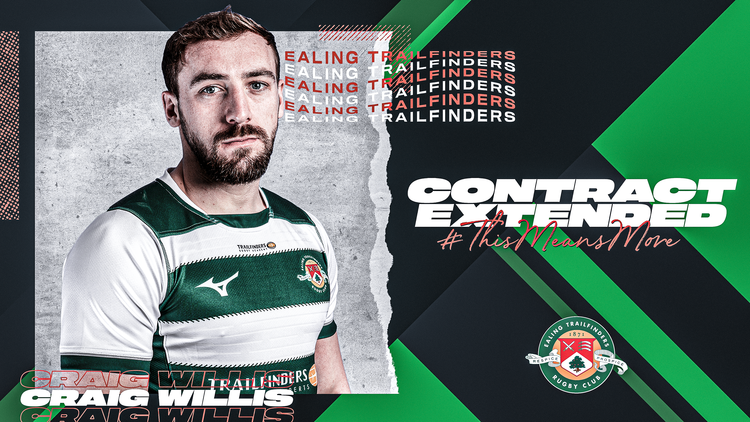 Ealing Trailfinders are excited to announce that fly-half Craig Willis has a signed a long term contract extension, to keep him at the club into the 2021/22 season.

Willis joined Trailfinders back in 2018 after spending five years with Newcastle Falcons, making 39 appearances and scoring 121 points for the North East outfit.

This season the 26-year-old has played a part all but two of Trailfinders Greene King IPA Championship fixtures, as well as the clubs’ pre-season Trailfinders Cup success back in February, now raking up 54 appearances for club.

Speaking on his contract extension Willis spoke of his excitement for the future.

“I've thoroughly enjoyed my last 3 seasons at the club and absolutely thrilled to be re-signing. The club is going from strength to strength and I'm so excited for what lies ahead.”

Trailfinders Director of Rugby, Ben Ward, is equally excited to have Craig committing his future to the club.

“Having Craig sign an extension to his contract is really pleasing, he’s been very impressive since joining us back in 2018 and I see as a part of the core foundations to our success. He’s a great guy to work with and a true professional on and off the pitch.”