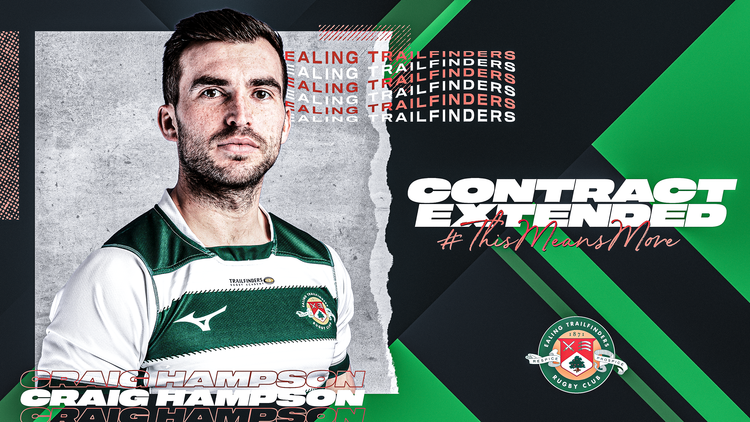 Ealing Trailfinders are excited to announce that scrum-half Craig Hampson has a signed a long-term extension with the club.

Hampson who joined Trailfinders back in 2019 after four years with Wasps, has gone on to make 31 appearance for the West London club and firmly establishing himself as a key player in Ben Ward’s side.

This season the 30-year-old has played a part of every one of Trailfinders Greene King IPA Championship fixtures, as well as the clubs’ pre-season Trailfinders Cup success back in February.

Speaking on his contract extension Hampson spoke of his delight.

“I’m so pleased to have extended my contract, what we’ve built and continue to build is hugely impressive. The ambition of the club and the unity of the squad makes the push for promotion very exciting. Ealing belong in the Premiership and I’m so pleased to be part of that drive.”

Trailfinders Director of Rugby, Ben Ward, is equally excited to have Craig committing his future to the club.

“Craig plays a key part in our plans for the club. He brings a lot of tempo to our game, but also has the ability to think and adapt within games to different situations. I’m really pleased to keep him onboard as we look to push for promotion to the Premiership, he’s a top tier player who has shown his quality over the past two years with the club.”