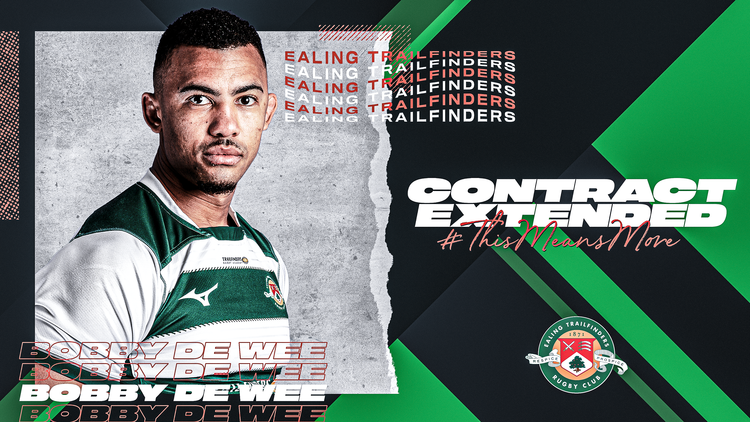 South African Lock Bobby de Wee has signed a new contract, to extend his stay at the West London club.

In his first season at the club, the 6’5 forward has impressed making 12 appearances, proving himself as an essential part of the Trailfinders squad.

The 27-year-old forward has played a key part in the club’s success this season, scoring in just his second appearance for the club back in January during the Trailfinders Challenge cup.

De Wee has spoken of his excitement to carry on working with Ben Ward and the team, as they push for Premiership promotion.

“Ealing has great ambitions and aspirations. I’m pleased to have resigned as I’d like to be part of those aspirations and the plans of getting us to where we want to be as a club. I’d hope that I can in some way play a role in getting us to exactly that! Re-signing has been a dream come true especially in the current rugby climate where many aren’t as fortunate. Thank you to the supporters for their unwavering support and to the coaches and my teammates, for their investment in making me a better player and person on a daily basis”

“Bobby has brought a fantastic energy since joining the club in January. He’s fitted right in within the squad, and has put in a number of strong performances for us this season, that has enabled us to carry momentum into the later stages of the competition. We’re delighted to have him onboard again for next season.”