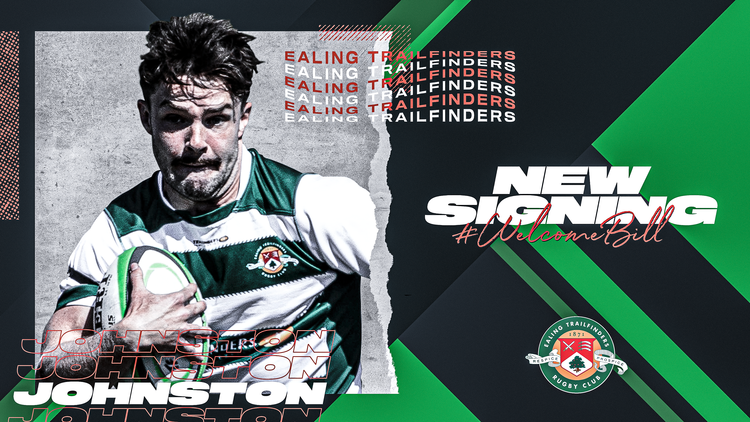 Ealing Trailfinders are delighted to announce that Bill Johnston has signed a contract to stay with the club, going into the 2021/22 season.

The fly-half, who is the brother of Ealing Trailfinders full-back David Johnston, spent the past two years with Ulster, playing 18 times for the Irish side before travelling to West London to join up with the Trailfinders.

Johnston who spent the last three months on a short-term loan with Ward’s side, has made two appearances for the Trailfinders, with his debut coming in a 64-17 victory against Jersey at Trailfinders Sports Club, back in April.

Speaking on his signing, Johnston has expressed his delight.

“I’ve been really warmly welcomed at Ealing Trailfinders since arriving in April and I’m pleased to commit my future to Trailfinders, to help this great club achieve its goals and ambitions.”

Trailfinders Director of Rugby Ben Ward is delighted to have Bill sign with the club.

“Bill has a really good rugby brain, and like his brother carries an incredible work ethic. He attacks square at the line and brings good competition to our other fly-halves Steven Shingler and Craig Willis. He also already has a connection with incoming coach Kieran Campbell, who he knows well from his time at Ulster and with Ireland U20s.”