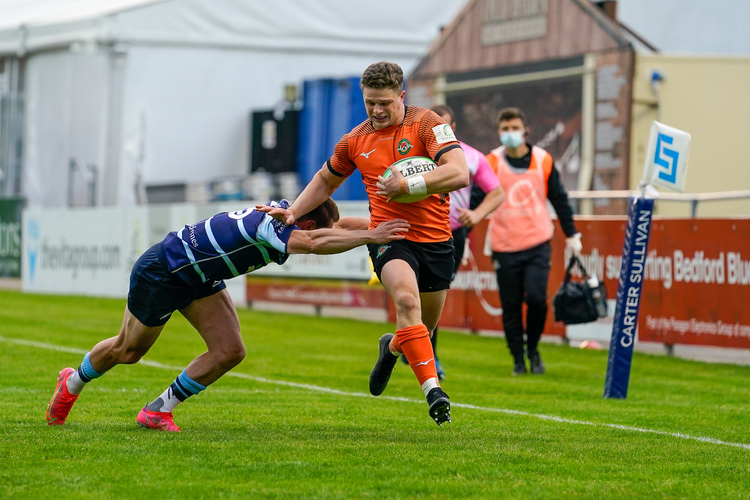 Ealing Trailfinders Director of Rugby, Ben Ward gives up his thoughts after our Friday night victory at Bedford Blues.

It proved to be a tough night on the road for Ward's side, however a fast start and strong end to the clash led to yet another bonus-point away trip for the West Londoners.

Speaking after the game Ward spoke of his admiration for Bedford's defensive work to stay in the game until the final 20 minutes.

“They’re a very good side and very hard to stop. If you switch off for a second the come back into the game, they’re very good at swinging the momentum back their way” he commented.

“We started really well, first 20 minutes, powerful, good in the scrums, able to capitalise on a few really good carries. 50 minutes in, that game was in the balance. I don’t think we were on full cylinders and we looked a little bit rusty in a few areas” he continued.

“Bedford made us work for everything, so they made us make mistakes, you have to be absolutely clinical in this league.”

The Trailfinders now head back to the Sports Club this weekend with their playoff destiny in their own hands, and Ward knows that the game will be a huge one.

“We are in a really good place, for us it’s a massive game now next week against Doncaster. It’s nice we’ve got the extra day to recover, so we’ll recover over the weekend make sure we fully prep for next week. They’ve had a very good season and they're a very good side, so it should be an absolute cracker.”