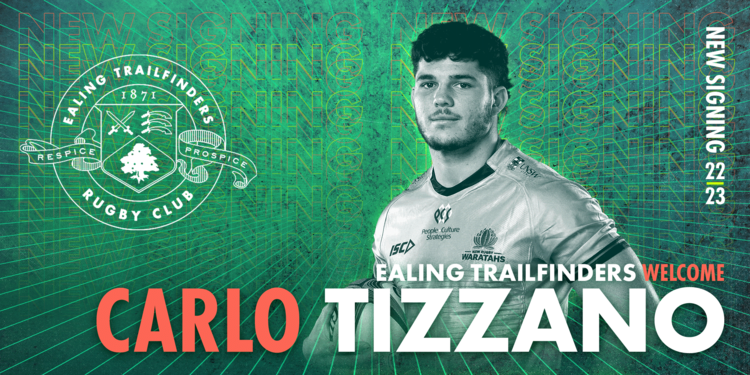 Ealing Trailfinders are excited to announce the signing of Australian flanker Carlo Tizzano.

The 22-year-old will join Ealing following three years in Sydney representing the NSW Waratahs in Super Rugby. The energetic flanker has achieved 18 Super Rugby appearances for the Waratahs since his arrival in 2020.

Plenty of game time followed for Western Force in the National Rugby Championship, and the Waratahs in Super Rugby AU and Super Rugby Trans-Tasman. The talented openside has made the leap from gifted age-grade prospect to influential senior player.

Ahead of his move to London, Carlo said: “I am extremely excited to have the opportunity to play for Ealing. Ealing is a highly regarded club and it is evident that they are going in the right direction to be in the Premiership and I can’t wait to be a part of it.”

Ben Ward, Ealing’s Director of Rugby added: “We are very pleased to sign a player of Carlo’s quality. He’s an excellent young player, adds power and experience to our back-row and will become a crucial member of our squad. He has proven playing experience in Australia and we’re excited to watch him develop even further.”