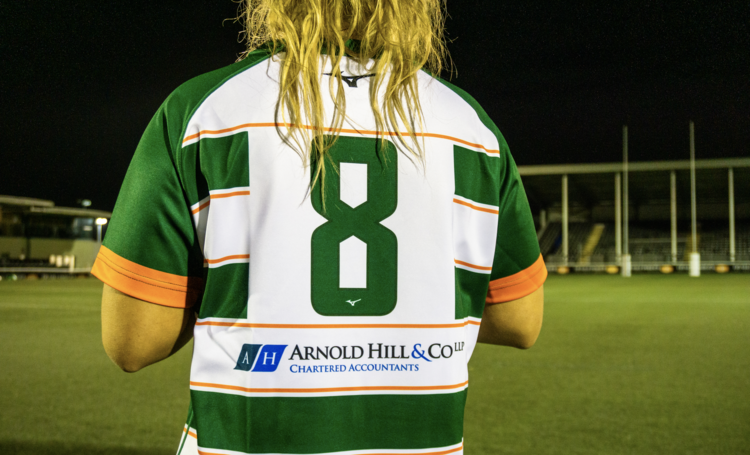 We are delighted to announce that club sponsor Arnold Hill have shown further support by sponsoring our Ealing Trailfinders Community Women's playing jersey, which they will now begin to wear for future fixtures.

The Community department is excited to be playing a part of Ealing Trailfinders future of women's rugby, as they look to bring girls together that often want to learn to play rugby for the first time.

Speaking on the announcement Head of Community Danny Harlow has spoken of his delight.

"I'm really proud to be relaunching women's rugby within Ealing Trailfinders Community department, and it's great to have such supportive partners to help us break down barriers to participation and make rugby more accessible to women in Ealing."

"Arnold Hill is thrilled to be the inaugural sponsor of Ealing Women's Community Rugby for the 2021/2022 season. The aspirations of the team, the coaches and the club are fantastic, and we look forward to supporting them in achieving those goals.

Women's rugby is beginning to receive the respect and support these wonderful athletes rightfully deserve. Matches are incredibly competitive and exhilarating, and we'd encourage everyone who enjoys rugby to come along and watch. We're tremendously proud to be associated with Ealing Women's Community Rugby this year and hopefully for many years to come."