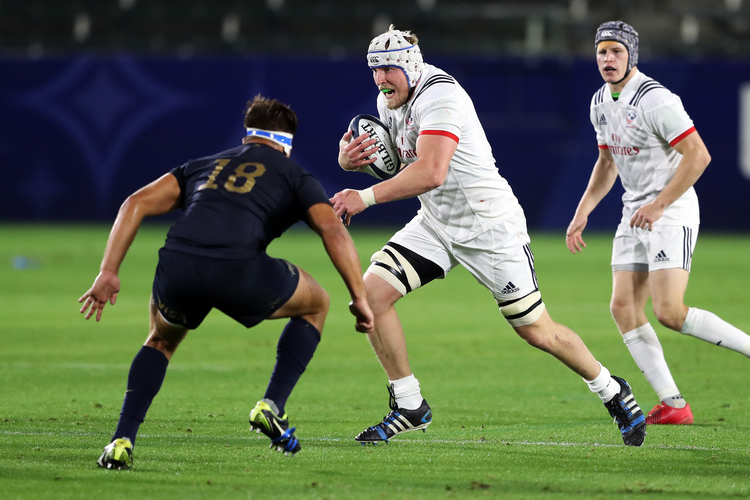 Ealing Trailfinders are thrilled to announce the signing of back-rower Ben Landry for the 2018/19 season.

The American international heads to Vallis Way for his first spell in English rugby, and has 12 caps for the Eagles after making his debut in 2016.

Standing at 6ft 6” he can play at both second-row and in the back-row, and will join the club from Glendale Raptors in Major League Rugby after making a name for himself as an enormous ball carrier which has impressed USA Head Coach Gary Gold.

A unique journey to professional rugby for Landry, he had a short spell in American Football trialling for a number of NFL teams before returning to the 15 a side game.

The American will link up with fellow US Eagle Andrew Durutalo in the back-row next season, and he is looking forward to testing himself in England.

“I am very excited to join Ealing Trailfinders next season. It has been a life long dream come true to play at such a prestigious club in one of the best rugby countries in the world. I can't wait to immerse myself in the team culture and hit the ground running as soon as possible. “

Director of Rugby Ben Ward is delighted to add further power to the pack for next season.

“Ben is a hugely physical player so will add some serious size to our pack. He has shown at international level that he has great quality and we look forward to having him at the club.”