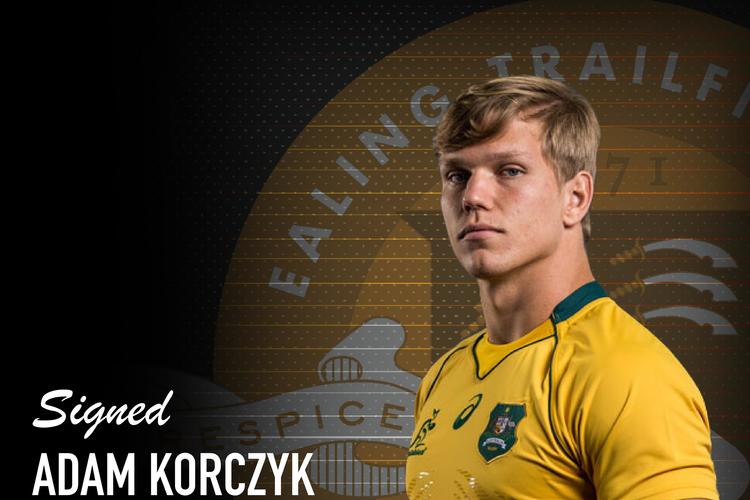 Ealing Trailfinders are pleased to reveal the signing of Adam Korczyk from Queensland Reds for the remainder of the 2019/20 season.

The back-rower has arrived from Australia and has settled straight in to West London as he looks to make his mark in the Greene King IPA Championship.

The 24-year-old who stands at 6ft 4” and weighs 107kg, made 26 appearances for the Reds in Super Rugby after making his debut against the Bulls in Pretoria in 2015.

Korczyk can play either of the back-row positions, and his versatility meant that he was called up in to the Wallabies set-up in 2017 and 2018 as a squad player. He also represented his country six times at Under 20 level.

The Australian is looking forward to his new challenge at Trailfinders Sports Club.

“I am honoured to be a part of the Ealing Trailfinders for the remainder of the season. I have been watching the success of the club from afar, and I am very excited to have the opportunity to add to it and assist in the club’s goal of promotion into the Premiership.”

Director of Rugby Ben Ward is pleased to add further quality to the pack with Korczyk’s arrival.

“Adam is a player that recently came available and we are thrilled that he will be in the Green and White shirt for the rest of the season.

He is an extremely physical and abrasive player which he has shown at the top level in the Southern Hemisphere so we can’t wait to see him representing Ealing Trailfinders.”