A day commemorating the life of Haseen Hashim 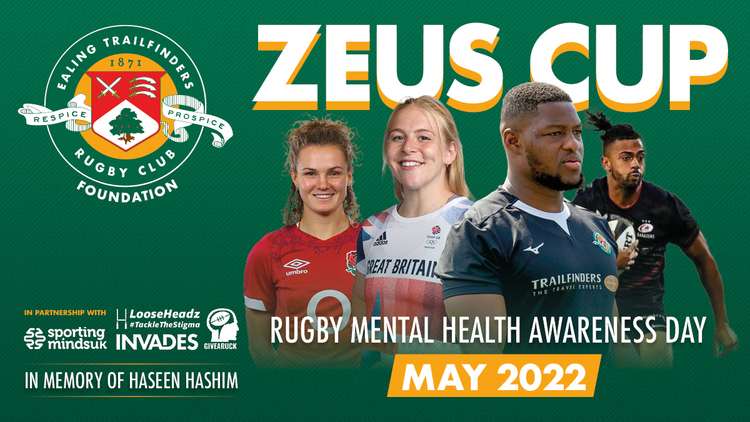 Haseen went on to study sports performance and to play rugby at Cardiff Metropolitan University, but tragically took his own life in June last year.

The former Wasps Academy player had pulled on the Green and White jersey of Ealing Trailfinders Amateur side.

The commemoration of the young man’s life will run parallel with Mental Health Month in May 2022 in order to raise awareness of the emotional struggles people face today.

Haseen’s close friend and former teammate Michael Mbaud who is a Trailfinders Rugby Academy player, has been the driving force behind raising awareness to save others who are going through tough times mentally, as well as celebrating Haseen’s life.

Ealing Trailfinders Foundation Project Manager Nick Allso constructed the idea after attending a touch rugby event remembering a former student of Latymer Upper School and is organising the event with several friends of the former Trailfinder, who became a special part in the lives of everyone he met.

Previous memorials have taken place to honour his memory, including a vigil in Haseen’s hometown of High Wycombe attended by over 700 people alongside a game attended by over 2,000 people at Cardiff Metropolitan University where a minute's silence was observed.

The event will be held in West London, with a day of festivities where special exhibition games will be played out by friends and former teammates of Haseen.

Food and drink stalls will be set up alongside live music to provide all guests with the best experience whilst the matches play out.

The special day will be run by The Ealing Trailfinders Foundation, in hope that all attendees on the day will remember the importance of looking after each other in difficult circumstances like the last two years.

Proceeds of the occasion will be invested into a project established by the Ealing Trailfinders Foundation in conjunction with Brunel University and their students, aiming to eliminate peer pressure in social situations and remove the stigma of coming forward with mental health.

Members of the club are in contact with several high-profile figures within the world of rugby to hopefully secure their support and confirm their attendance for the day of celebration, so please do watch out for regular updates on the Ealing Trailfinders Foundation social media pages.

Ealing Trailfinders Foundation are looking forward to welcoming you for a day of fun and reflection, with details of how to book tickets for the event to be released in due course.