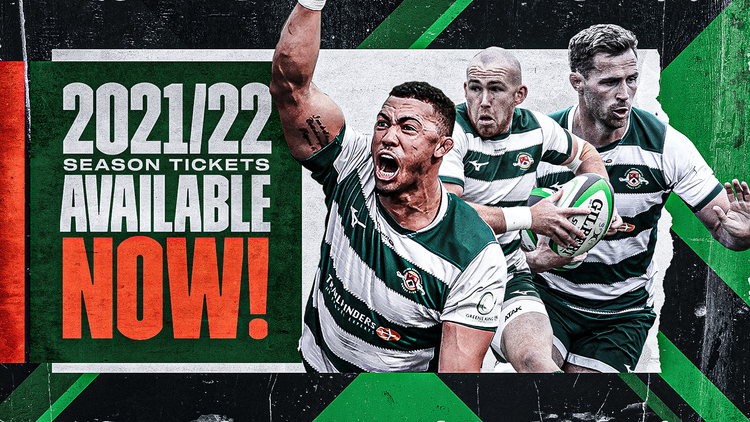 New for 2021/22 we have a new interactive ticketing system, choose where to sit in the ground when purchasing your matchday ticket!

As we welcome back our players for pre-season training we look forward to what is set to be an incredible season of Championship Rugby action.

Ealing Trailfinders will seek to end a six-year association with the Championship ahead of the new season, with promotion to the Gallagher Premiership the primary focus for the West London outfit.

With pre-season now among us, eyes are firmly on the prize for Trailfinders, with the recent domestic restructure presenting their best chance yet for promotion to the first tier of English rugby.

The RFU recently approved plans for no relegation from the Premiership for the next two seasons, expanding to a 14-team division in the 2022/23 season. Which thereby gives Trailfinders an opportunity to have at least two full campaigns in the top flight should promotion be secured at the end of the forthcoming season.

Trailfinders will navigate through the league with 10 home and away fixtures throughout the season, facing no new opponents from National League One after relegation from the Championship was suspended last year and London Scottish returning after an absence last season replacing newly the promoted Saracens.

New arrivals at Vallis Way such as former Lions and Stade Français Prop Dylan Smith and Leinster wing Cian Kelleher will be hoping to aid in their new clubs push for promotion.

They join a plethora of 11 other new players who signed on the dotted line recently, with new coaching acquisition Kieran Campbell only increasing optimism within the ranks at Trailfinders Sports Club.

Elsewhere, Jersey Reds have strengthened with their recruitment of former Trailfinder Guy Thompson, while last season’s third placed outfit Doncaster Knights have signed Nottingham scrum-half Alex Dolly in a coup for one of the division’s strongest sides.

2021/22 Season tickets also include the following:

Stewards will be at each game to assist with the new seating policy, in order to give the best match day experience possible.