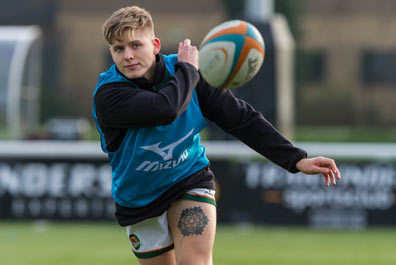 Aged from 15 to 18, players are selected for the Elite Player Pathway based on their talent on the field and attitude off it.

Whilst coinciding this programme with A Level Studies, at Under 16 level they train once a week on Monday evenings. This particular pathway is based around long term individual development within a team environment. The focus is on Skills and decision making on the pitch, combined with tailored Strength and Conditioning off the pitch.

The Under 18s train twice a week as they continue their journey towards professional rugby on a more regular basis.

This programme is all based at Trailfinders Sports Club which is used daily by the first team.

We understand that some players will be travelling from further afield or have extensive school commitments. We welcome all to apply for the programme and we are able to create a bespoke timetable to suit the needs of the individual.

If you would like to apply please email epp@etprm.com. We are currently taking applications for the 2019/20 season. 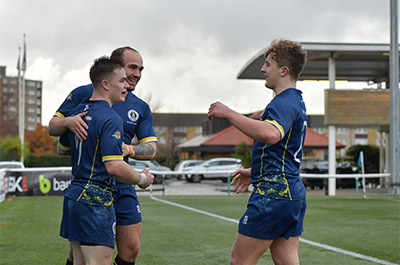 The Junior Academy with Brunel University allows students to combine their degree with full time rugby.

We believe it is vital to have options both academically and in rugby, so this programme means that members can improve their education as well as making strides forward on the pitch.

Our philosophy towards the academy programme has a clear focus on rugby but also on studies to invest in both the player and the person, so that come the age of 21 they are more rounded individuals.

The programme will see Ealing Trailfinders introduce their rugby coaches, Strength and Conditioning staff, Analysts and Medical team with the aim to create the most comprehensive programmes in the country.

Players will have the opportunity to become part of the Ealing Trailfinders Academy and train full time with the professional team around their education.

The students will be incorporated in to the club, and Ealing Trailfinders are currently competing in the second tier of English rugby with ambitions to gain promotion to the Gallagher Premiership.

The world class facilities that Brunel Rugby Union have means that the players will have two of the best rugby operations in England to use. With an international standard pitch built there for the 2015/16 season, the French rugby team used Brunel as a base for the 2015 Rugby World Cup.

An indoor running track, Sports Centre and Fitness Complex are all on site and can be used as well as a cash bursary to help towards University and Tuition fees, with kit and medical support available for the entrants. 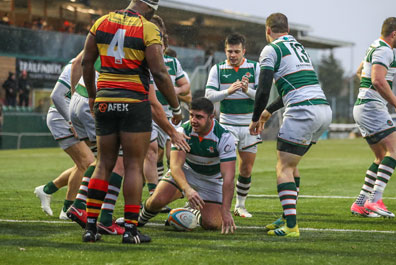 The Professional Academy is the final step on the journey to the first team at Ealing Trailfinders.

These players are highly talented and have already demonstrated the potential to play in the Championship and above by showing their rugby ability and mental aptitude.

Members of the Professional Academy will train full time with the first team squad alongside international quality players to advance their physical attributes and submerge themselves in the elite environment.

The coaches expect the players to have the ability to step in to the first team, and they will also be able to take advantage of our partner clubs to get regular game time. This will allow members to feature in between 20 and 30 high level matches per season as they prepare for their rugby career.

As they graduate from the academy both academically and from a rugby perspective they can look to follow in the footsteps of many players who are now first team regulars, such as Matt Cornish who spent two years at London Irish Wild Geese as an 18-year-old and has now gone on to make over 60 appearances for the Trailfinders at the age of just 21. 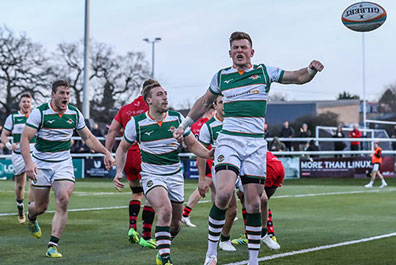 The rugby programme at the club is designed for elite athletes to maximise their potential by playing at the top level of English Rugby.

Training is based at the state of the art facilties at Trailfinders Sports Club in West London. They include two 4G pitches, a high-performance strength and conditioning centre, analysis suite, medical and rehabilitation clinic, a team relaxation room and a full-time catering service.

The programme is supported by full time professionals who lead their departments with a focus of developing the atheles continuously. A Strength and Conditioning team lead the players through their preparation, a Medical team are on hand for rehabilitation, the Analysis Department provide an in-depth insight in to their performance and the Specialist Rugby Coaches provide elite training on a day-to-day basis.

Ealing Trailfinders have a strong reputation of developing players who progress to play Premiership or Pro 14 Rugby. Members of the squad have gained representative honours at Under 20 Level and as Full Internationals.